Roxana, IL, July 10, 2017 –(PR.com)– On June 16, 2017, Duane Shirley filed a complaint which alleges that his wife, Theresa Shirley, contracted multiple myeloma and eventually died because of benzene she was exposed to while she grew up and went to school near the Wood River Refinery in Roxana, Illinois and the old Amoco Refinery in Wood River Illinois. The case, Case No. 17-L-693, is filed against Shell Oil Company, BP Products North America, ConocoPhillips, Rust-Oleum Corporation and Turtle Wax Inc.

Mrs. Shirley grew up in South Roxana Illinois, attended grade school in South Roxana and Roxana, and Junior High and High School in Roxana, Illinois. These locations are in close proximity to the Wood River Refinery. The complaint alleges that the defendants negligently constructed, maintained, managed, and/or operated the Wood River Facilities, causing thousands of pounds of benzene and other benzene containing pollutants to be negligently and intentionally emitted, leaked, spilled, dumped and otherwise discharged into the air and surface/ground water. Allegedly, the release of benzene from the Wood River Facilities occurred throughout the time of their operation, causing a plume of benzene containing pollutants to extend beyond the boundaries of the Wood River Facilities and into the adjoining neighbourhoods and community. Benzene is a highly toxic chemical and is classified as a human carcinogen.

The complaint alleges that Shell, along with other defendants and unnamed parties continued to use and produce benzene in close proximity to residential areas and schools in Roxana and Wood River even though they knew it could cause blood cancer, including multiple myeloma. The complaint also alleges that the defendants conspired to hide and minimize the dangers of benzene from the public and governmental agencies to prevent greater federal regulation and increase the profitability of the sale of benzene and its use in other products.

In 2009 Mrs. Shirley was diagnosed with Multiple Myeloma and she passed away last year on November 20, 2016. Theresa became a client of The Dysart Law Firm P.C. prior to her death and now her husband Duane Shirley, individually and as administrator of her estate has filed the complaint in the Madison County Circuit Court.

The Dysart Law Firm P.C., was founded in 1998 by Christopher Dysart and is dedicated to assisting clients in the area of personal injury, toxic torts and product liability. 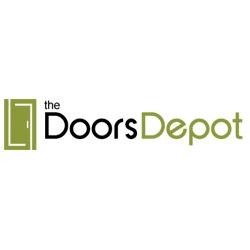 The Doors Depot – Trustworthy Store That Works for Client’s Profit; 10 Tips for Choosing the Front Door