The 6th Green & Offshore Korea opens at BEXCO on the 12th… 400 booths, 154 companies from 11 countries participate! 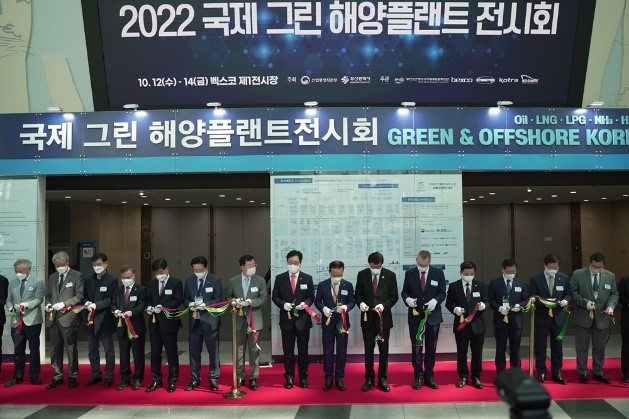 – Expanded to an exhibition specializing in marine energy after changing the name
– Held at the 1st Exhibition Hall in BEXCO, Busan from 12th to 14th under the slogan of “Energy Transition from Oil to Green Renewable Energy'”

This exhibitionis hosted by the Ministry of Trade, Industry and Energy and Busan Metropolitan City, and co-hosted by Busan Marine Equipment Association, BEXCO, Kyungyon Exhibition Corp, KOTRA, and Korea Offshore & Shipbuilding Association and will be held for three days until the 14th (Fri).Unlike OFFSHORE KOREA, which was held as an existing international offshore plant exhibition, eco-friendly marine energy production technologies such as hydrogen, ammonia, and wind power have been added to the exhibition due to the increase in demand for eco-friendly marine energy. Thus, from this year on the name of the exhibition was changed to GREEN & OFFSHORE KOREA.

Also unlike in 2020, which was held with a significant reduction in orders due to a decrease in demand and the COVID-19 outbreak, this year’s exhibition has recovered more than twice the scale of the previous exhibition thanks to the recovery of the offshore plant market, which is slowly recovering vitality, and the increase in demand for eco-friendly marine energy to realize carbo neutrality in 2050.

Under the slogan of ‘Energy Transition from Oil to Green Renewable Energy’, the 6th exhibition this year was attended by 154 companies from 11 countries with 400 booths. The Big 3 shipyards Hyundai Heavy Industries, Daewoo Shipbuilding & Marine Engineering, and Samsung Heavy Industriesin Korea, as well as local shipbuilding equipment (ship materials) companies such as Sunbo Industries, DongHwaEntec, and Panasia participated and presented eco-friendly technologies.

At the same time as the exhibition, the ‘GREEN & OFFSHORE TECHNICAL CONFERENCE’ was also held together with the keynote speech ‘Energy Conversion Prospected by Equinor’ by Jacques Etienne Michel of Equinor Korea, followed by a panel discussion and 4 sessions. 24 theme presentations were done after, and this year, a national session centered on offshore wind power hosted by the UK and Denmark was held on the 2nd day on October 13th.

The conference was held free of charge again this year to provide support for the industry in the face of the recovery of the stagnant offshore plant industry and an opportunity to find new future opportunities amid the upcoming change in the energy paradigm.

In addition, KOTRA has also confirmed the pre-purchase demand in line with the increasing face-to-face contact due to the easing of COVID-19 measures forthe ‘2022 GLOBAL OFFSHORE & MARINE PLAZA (GOMP 2022)’ which was held at a special consultation room in the exhibition hall andwhich attracted 58 overseas buyers with confirmed pre-purchase demand and provided export consultation opportunities with 70 domestic equipment and materials manufacturers,.

An official from the exhibition said, “The offshore plant industry has been in a slump for a long time, but it is a high value-added industry that cannot be given up. As eco-friendliness has become the trend, we hope that many people from related industries will pay attention and attend as we have gathered various eco-friendly marine energy technologies in one place in addition to the oil and gas industries.

This year’s GREEN & OFFSHORE KOREA, held with the slogan of ‘Energy Transition from Oil to Green Renewable Energy’, is hosted by the Ministry of Trade, Industry and Energy and Busan Metropolitan City. The Busan Marine Equipment Association, Korea Offshore & Shipbuilding Association, Korea Trade – Investment Promotion Agency (KOTRA), BEXCO, and Kyungyon Exhibition Corp. co-hosted the event. It was held in 2012 as the only exhibitionspecializing in offshore plants in Korea and it is celebrating its 6th anniversary this year. From this year, it has been expanded and reorganized into the ‘GREEN & OFFSHORE KOREA’ by adding ‘GREEN’, a symbol of eco-friendliness, to the previous exhibition in order to deal in depth with innovation in carbon reduction technology and eco-friendly marine energy in the offshore plant industry. 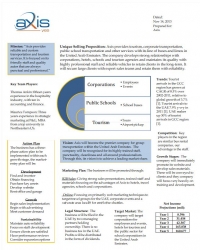 Free Based Business Plan Creation Software Released on the Market