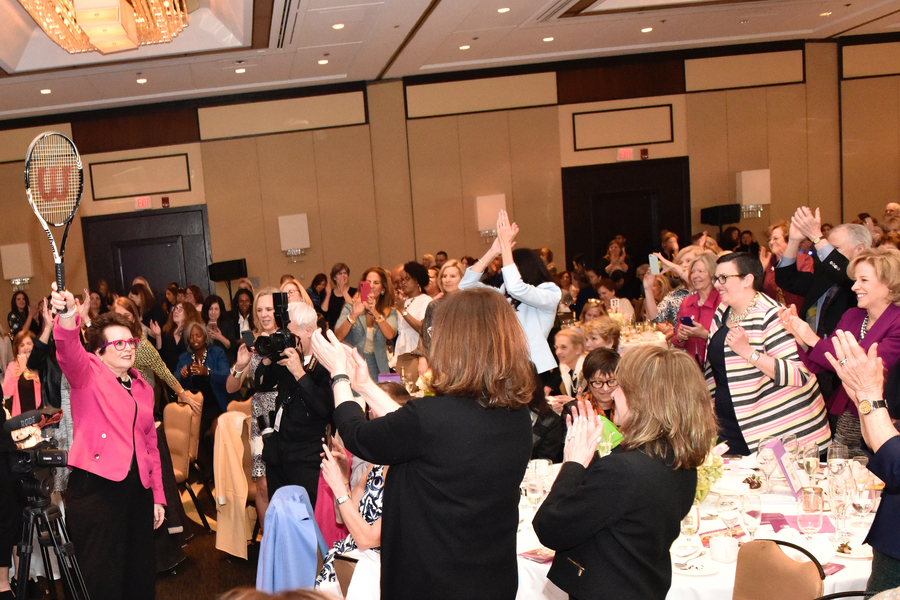 NORWALK, CT, October 15, 2018 /24-7PressRelease/ — Straight from center stage as the host of the recent American Music Awards to the cover of November’s In Style magazine and the season premiere of ABC’s ‘black•ish, it was announced today that Tracee Ellis Ross, award-winning actress, producer and activist will be featured as the keynote speaker at the 2019 Fairfield County’s Community Foundation’s Fund for Women & Girls Annual Luncheon. This highly anticipated event will be held on April 4, 2019 at the Hyatt Regency in Greenwich, Connecticut. The 2018 event, featuring Billie Jean King and attended by more than 800 supporters, raised over $700,000.

An influential voice in the modern conversation around equality, respect and feeling empowered in your skin, Ross is the star of the critically-acclaimed, Emmy-nominated ABC comedy series, ‘black•ish, which is beginning its fifth season. For her role as Rainbow Johnson, she received the 2017 Golden Globe Award and is a three-time NAACP Image Award winner. Ross is a co-founding signatory of Time’s Up, the movement started by a group of over 300 women in Hollywood to create safety and equity in the workplace. It was created around the premise that every human being deserves a right to earn a living and to take care of themselves and their families, free of the impediments of sexual harassment, assault and discrimination.

“We’re honored and delighted to welcome Tracee Ellis Ross as our keynote speaker. As an activist, Ms. Ross uses her voice, platform and social influence to spread an important message of equity, inclusivity and acceptance which aligns with our core values and mission,” said Tricia Hyacinth, Director, Fairfield County’s Community Foundation Fund for Women & Girls. “We look forward to this gathering of friends and supporters, both new and existing, who will join us on April 4th to learn more about our impact and commitment to addressing complex issues facing women and girls in our county,” she concluded.

The largest women’s fund in New England, Fairfield County’s Community Foundation’s Fund for Women & Girls has improved the lives of thousands of women while strengthening their families, the next generation, and the entire community. Over the years, the Fund for Women & Girls has invested nearly $6.5 million in sustainable solutions to ensure all Fairfield County women and girls are economically secure, healthy and safe. Last month, the Fund for Women & Girls, through a renewable grant totaling $100,000, forged an innovative collaboration with five local nonprofit organizations to combat sexual violence in Fairfield County. The Sexual Violence Prevention Collaborative brings together a group of experts in the field of sexual assault and domestic violence to focus on making a countywide impact and is currently directing their attention to youth sports.

Sponsorship information is available by emailing Rebecca Mandell, Development Senior Associate at [email protected] or calling 203.750. 3200. Tickets will officially go on sale on January 2, 2019. To make your plans in advance, ticket information for the Annual Luncheon Fairfield County’s Community Foundation’s Fund for Women & Girls will be found here.